A printers’ group lets you print a product on multiple printers at the same time. This feature reduces printing time and gives the system a lot of set up flexibility.

You can also use a printers’ group to print two or more copies of the same command ticket on the same printer or on different printers. For example, print the food both in the kitchen and the bar printers, and the drink only in the latter. In this way, the room workers can keep better control of the service. 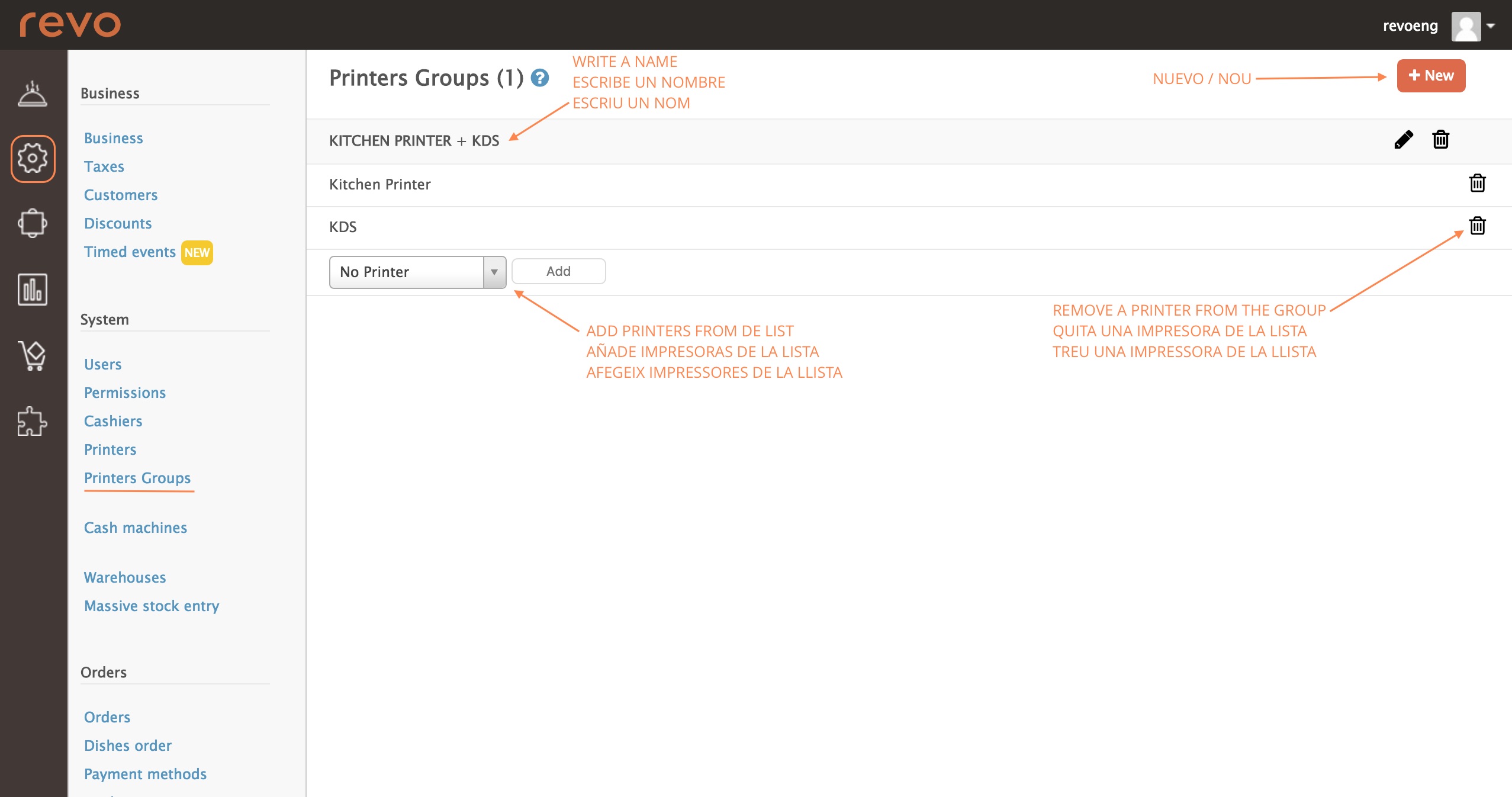 Once the printers’ group is created, you must set it up in the Groups, Categories or Products, depending on your setup. 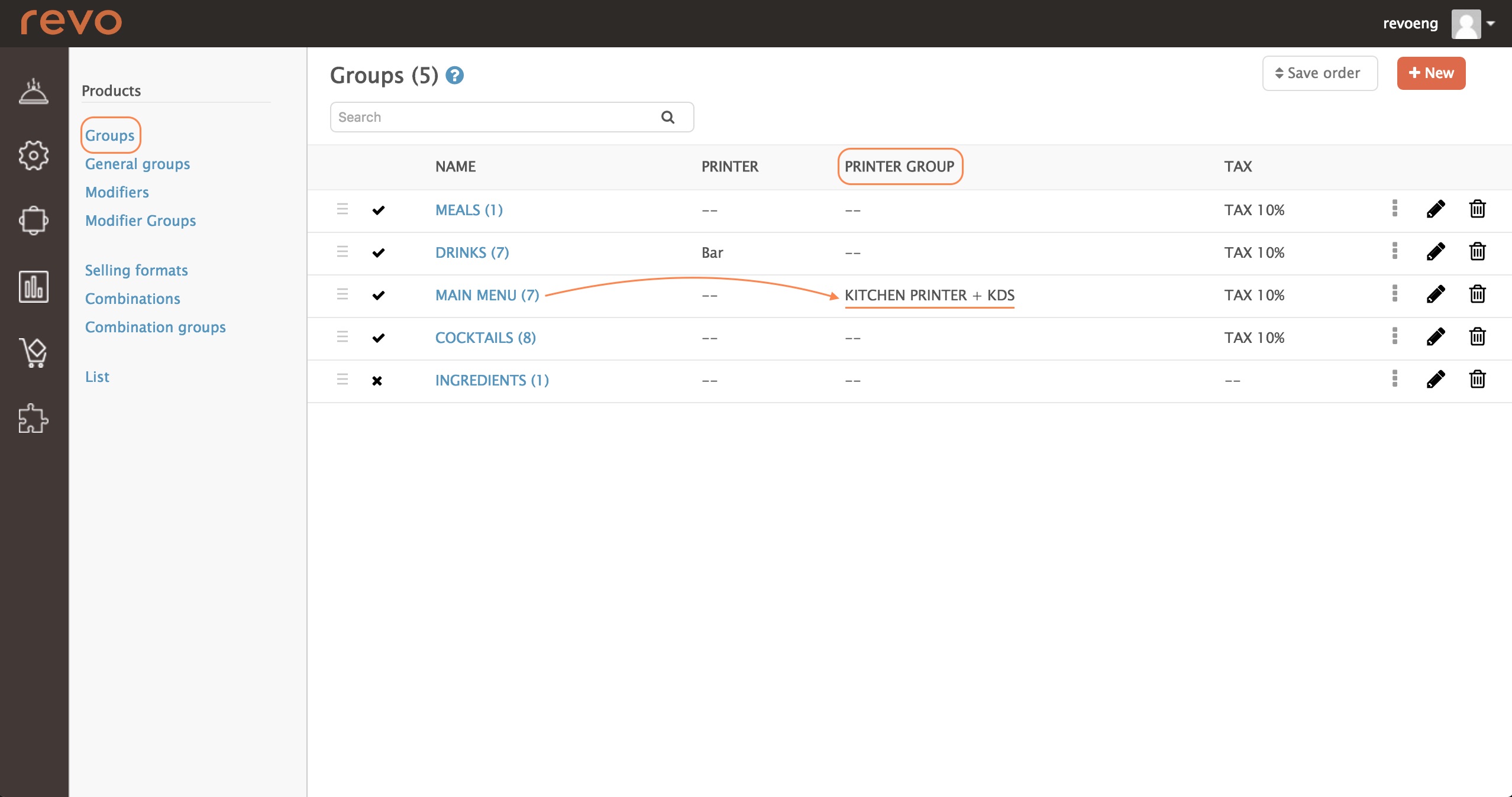 In this example, the entire Main Menu group will be printed in the printer group, including the kitchen printer and the KDS. That is, in two printers at a time.

Note: The KDS, despite being an iPad, is considered as a printer since the tickets arrive virtually to the iPad.

If you have problems with setting up printers’ groups, check the articles in bug fix.

Did you find it useful?
Yes No

Still not found what you were looking for?

Call us or send us an e-mail. You can also open a support ticket from your app.

Outside of business hours and every day of the year, Revo also provides a 24/7-support service, specifically for incidents.

Send us an email at support@revo.works and
we will resolve your questions